1.7k
Facebook Twitter LinkedIn Pinterest WhatsApp Email Copy link Your browser does not support automatic copying, please select and copy the link in the text box, then paste it where you need it.

As discussed in a previous post, we recently provided stone restoration services for a homeowner in Greenwich, CT, named Claire. After transforming her stone countertop back to like new condition, she asked if our Greenwich stone honing experts could also revive her shower.

Similar to her countertop, the stone surfaces in her shower would need to be honed in order to remove the damage that covered them, as can be seen in the picture on the left below. We determined the etching was caused by bleach-based cleaning products being used on the shower. Since the chemical make-up of bleach is corrosive when applied to stone surfaces, it's highly recommended to avoid using these types of harmful cleaners and to use a pH-neutral cleaner instead. 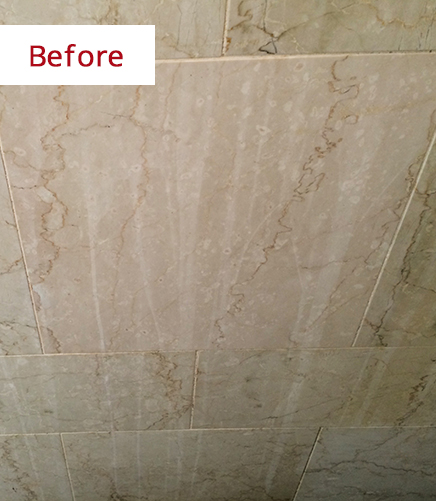 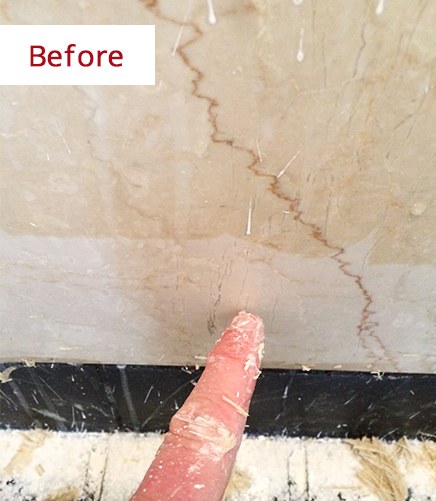 Etch marks weren't the only problem  as shown in the picture above on the right, the walls of her shower were also coated in a layer of soap scum. This is a common issue we come across since, over time, residue from shampoos, conditioners, soap, and even some cleaning products tends to build up on shower walls. Since the composition of stone is naturally porous, it's even easier for this hard surface type to absorb substances like these. Further, for the same reason, and because of the warm, moist environment of a bathroom, mold and mildew growth in showers is common, and we discovered this was happening in Claire's.


After explaining these issues to Claire, we gathered the materials needed to complete this project and went straight to work. Our first step was honing. To completely remove any existing etch marks, we used a coarse pad to hone the stone. In doing so, much of the soap scum that had been covering the walls was also removed. Next, we needed to steam clean the shower. The primary advantage of steam cleaning, as compared to regular cleaning methods, is that steam kills mold and mildew. In addition, steam cleaning helps remove the staining that mold and mildew leave behind.

Once the mold and mildew had been eliminated, we needed to re-caulk all the shower joints. Cracked or missing caulking that is left undealt with can cause huge problems and require expensive water damage repair costs down the road, so it's a good thing Claire was having this dealt with sooner rather than later.

Our final step was to seal the stone. As mentioned above, soap scum is a byproduct that is unavoidable in showers that haven't been sealed. On the bright side, when quality sealers like the ones used by Sir Grout are applied to shower surfaces, they remain devoid of stains and residue. In addition to the aesthetic benefits, this also makes them much easier to clean. 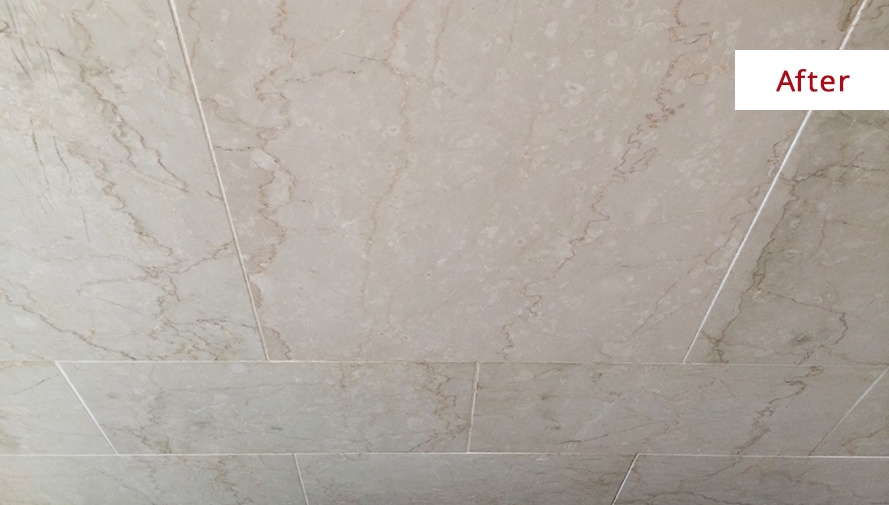 It was now time to show the newly restored shower to Claire. When she saw it, she couldn't believe the results! After seeing how much better it looked now than it had before, she couldn't figure out why she hadn't called Sir Grout sooner. She was glad to now not only have a spotless, shinier countertop, but also a more beautiful and sanitary shower. With the help of Sir Grout, the ambiance of Claire's entire master bathroom had improved significantly. She thanked us for our work and promised to call Sir Grout again if the need for future restoration services arose in her home.

Take a look around the master bathroom in your own home. Could it also benefit from honing, steam cleaning, recaulking, or sealing? If so, feel free to give us a call! We'd love to hear from you.

1.7k
Facebook Twitter LinkedIn Pinterest WhatsApp Email Copy link Your browser does not support automatic copying, please select and copy the link in the text box, then paste it where you need it.
Don't Miss These Other Must Read Articles 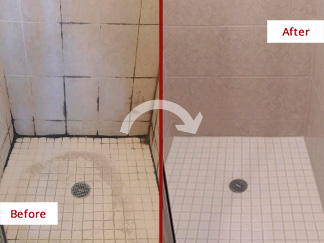 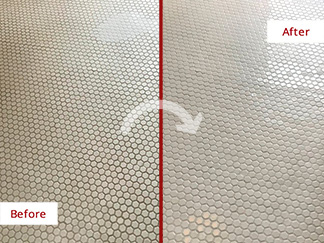 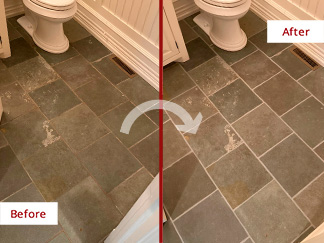